A traditional lime plaster restoration and conservation project. This large room had been plastered using portland cement and then later was dry-lined in an attempt to control the dampness in the walls. The first thing we did was to remove the dry lining and the cement-based plaster and clean back to the original stonework. We then began re-plastering with natural hydraulic lime, after scudding and applying two scratch coats we installed 40mm wood fiber boards to insulate the wall. Then finished with two top coats of lime, the first coat of which contained a reinforcing layer of mesh. This allowed the walls to breathe naturally and the dampness was eliminated. Outside, there was an adjoining boundary wall that was allowing water to enter the building. We removed the capping and installed a lead apron, then rebuild the wall using lime mortar. 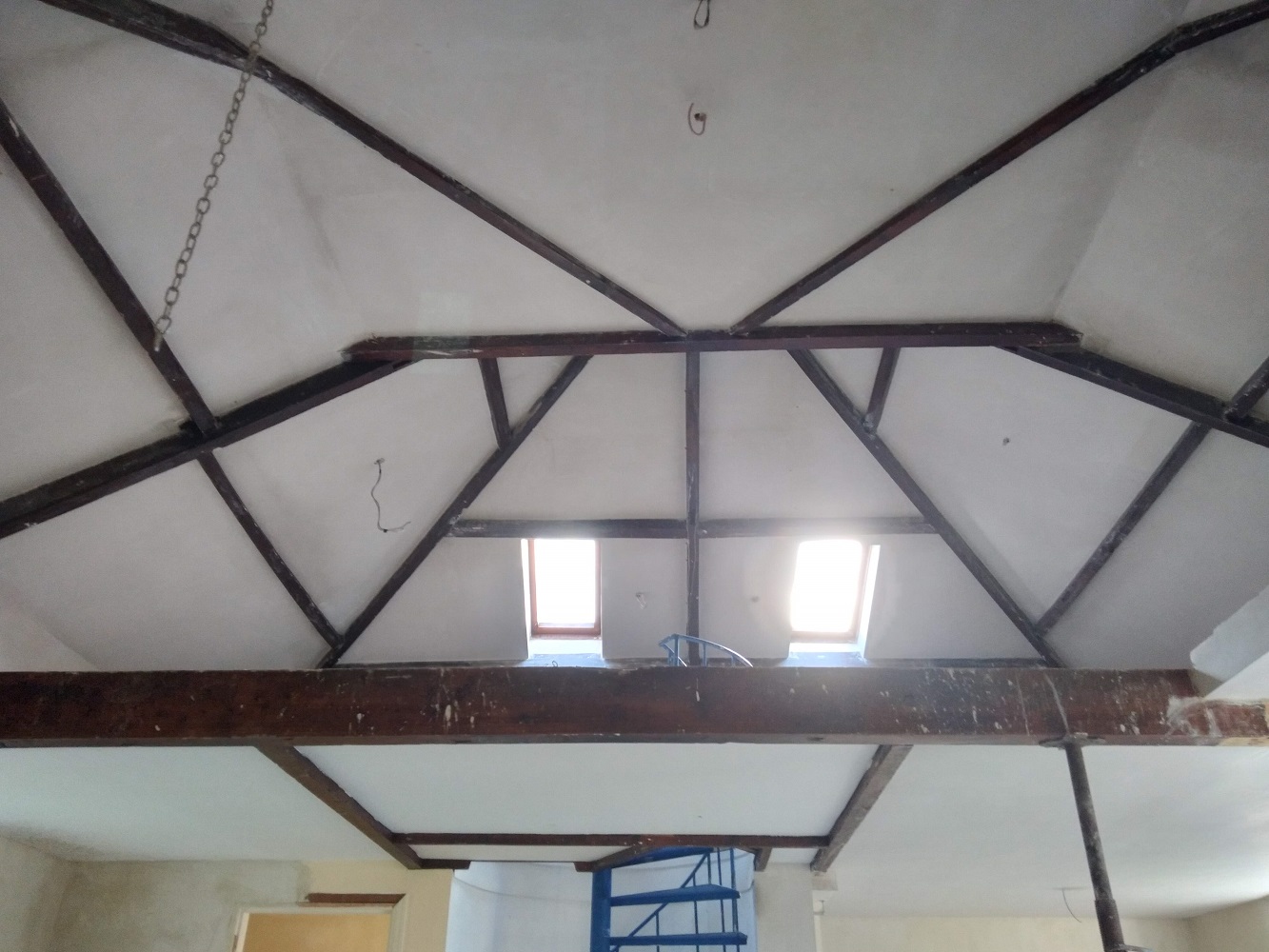 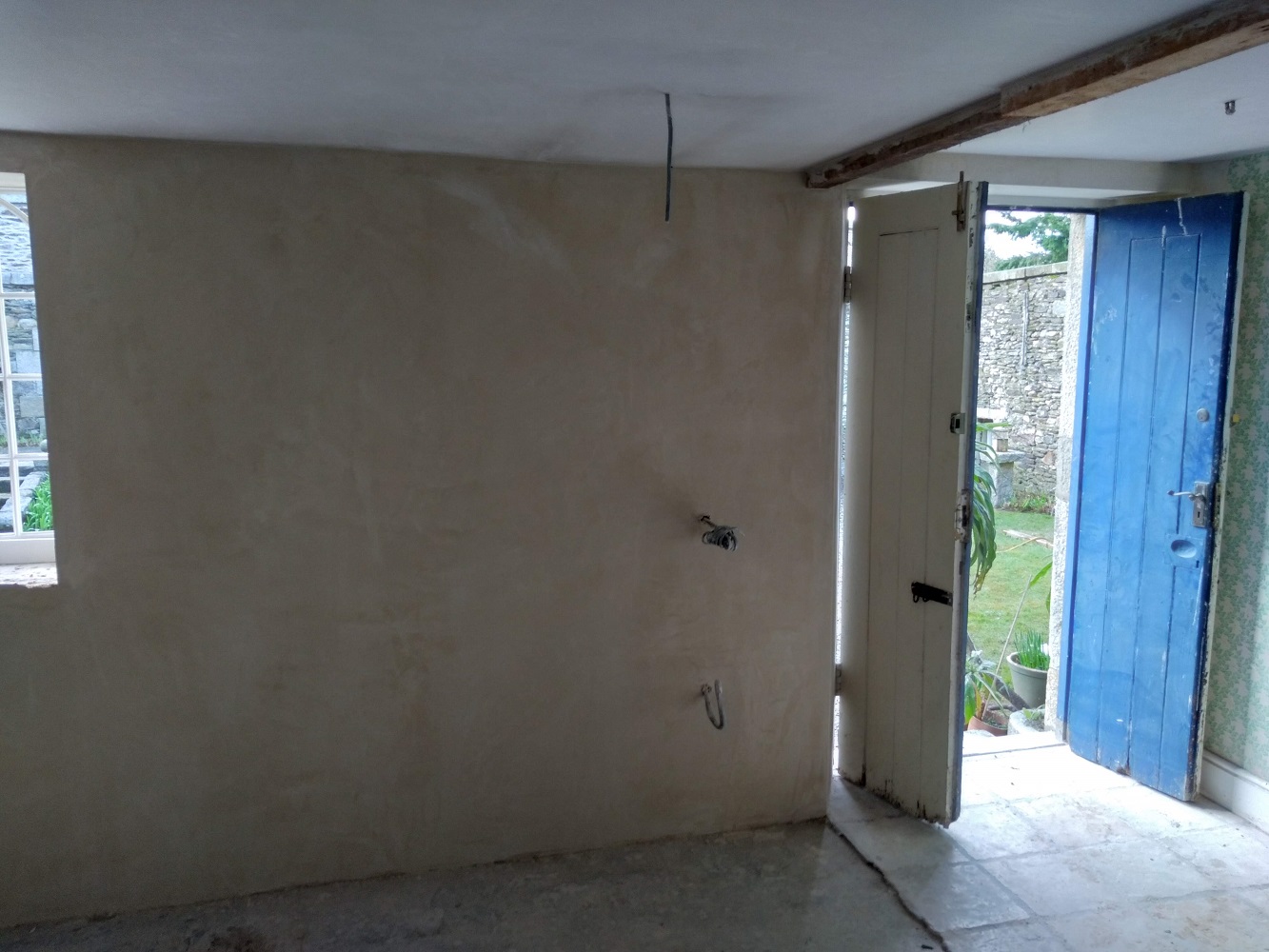 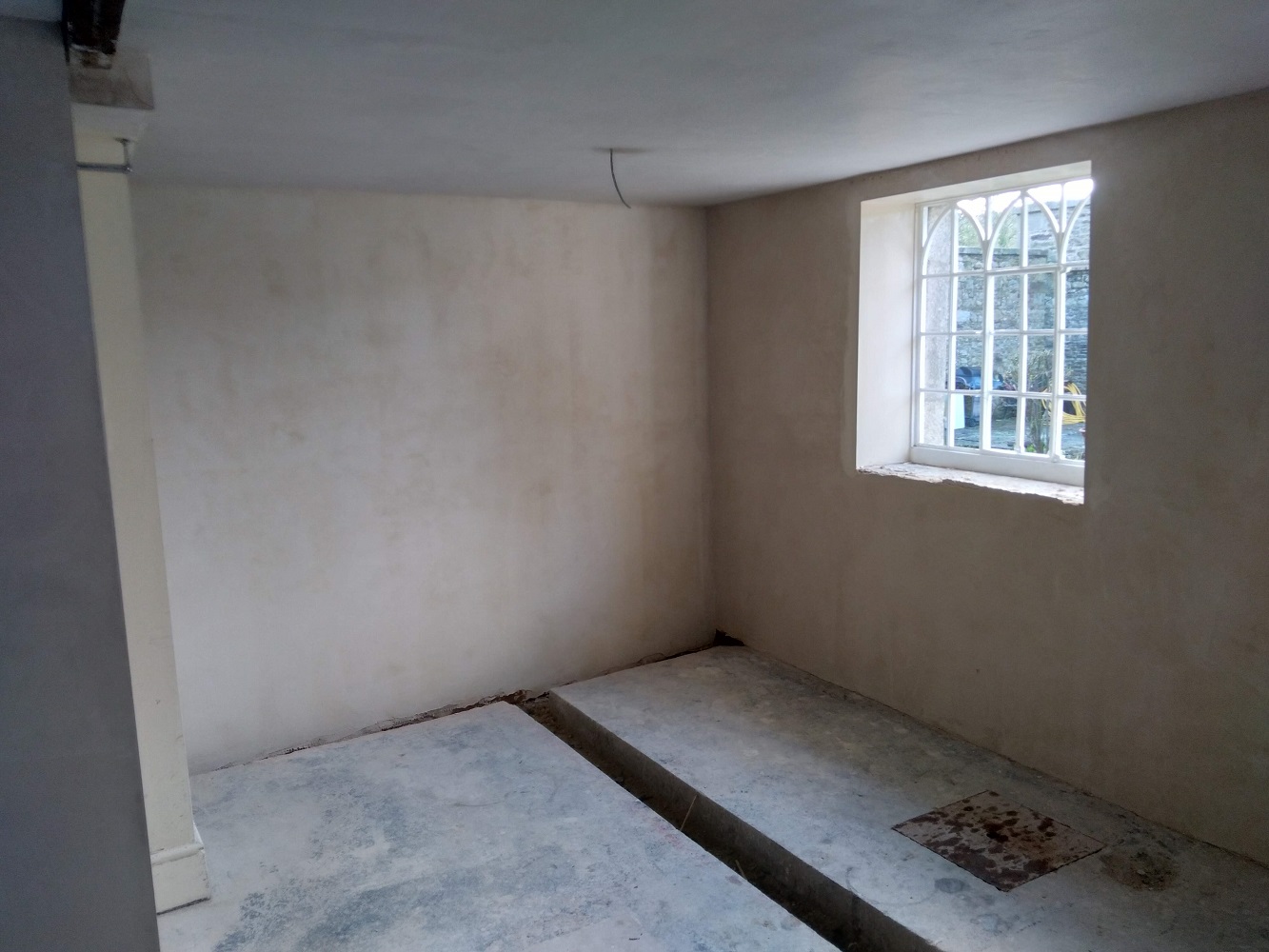 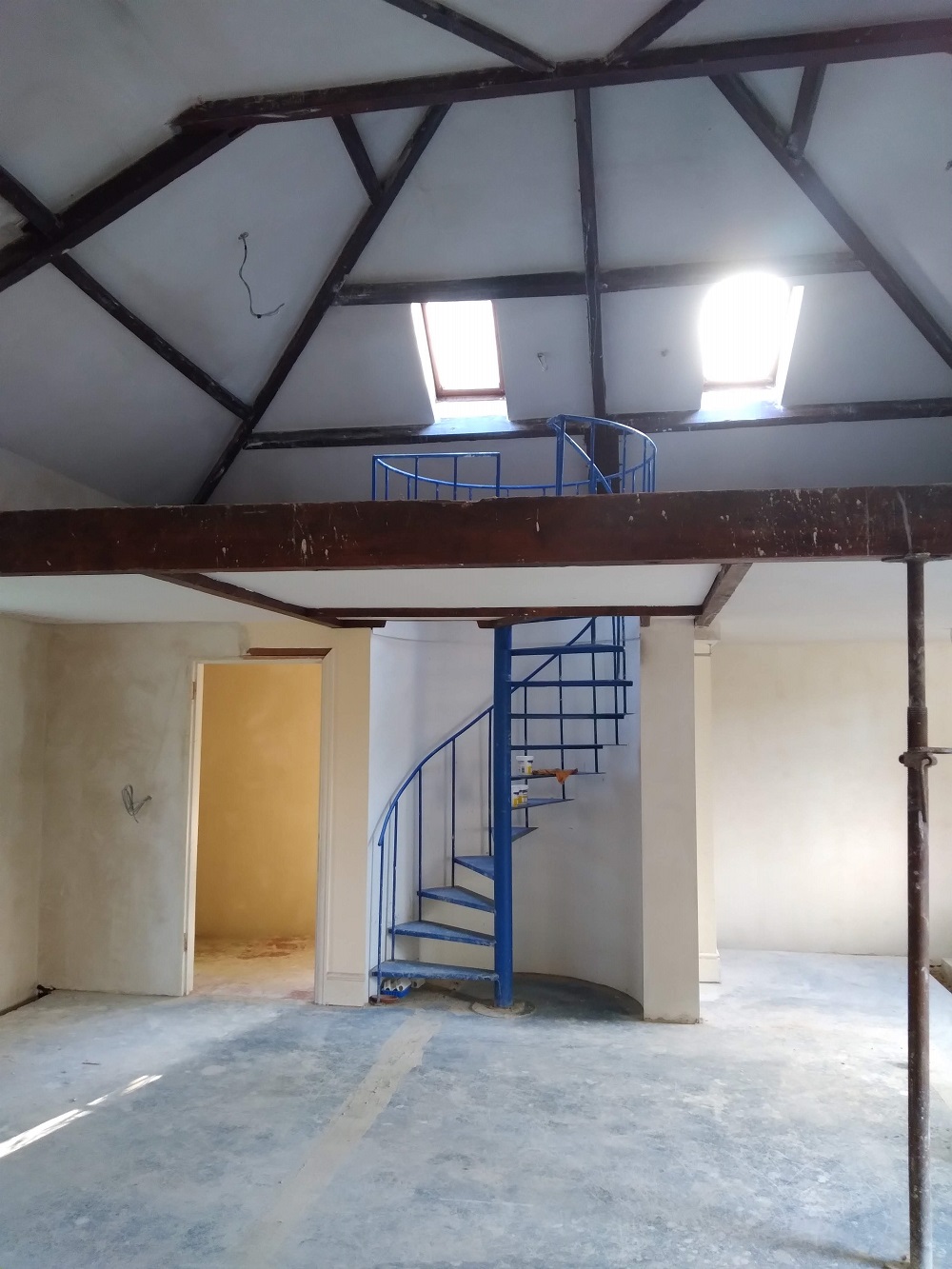 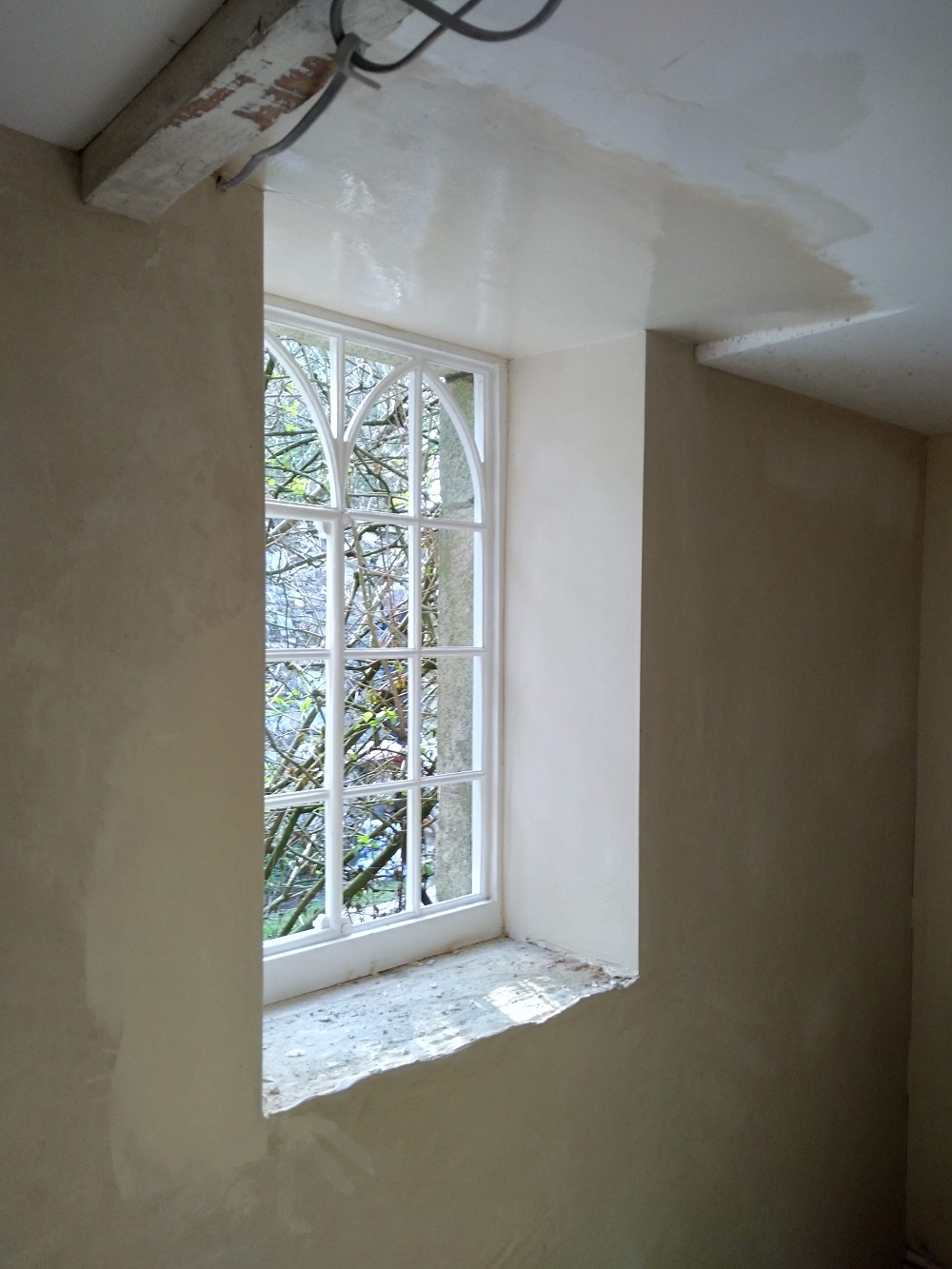 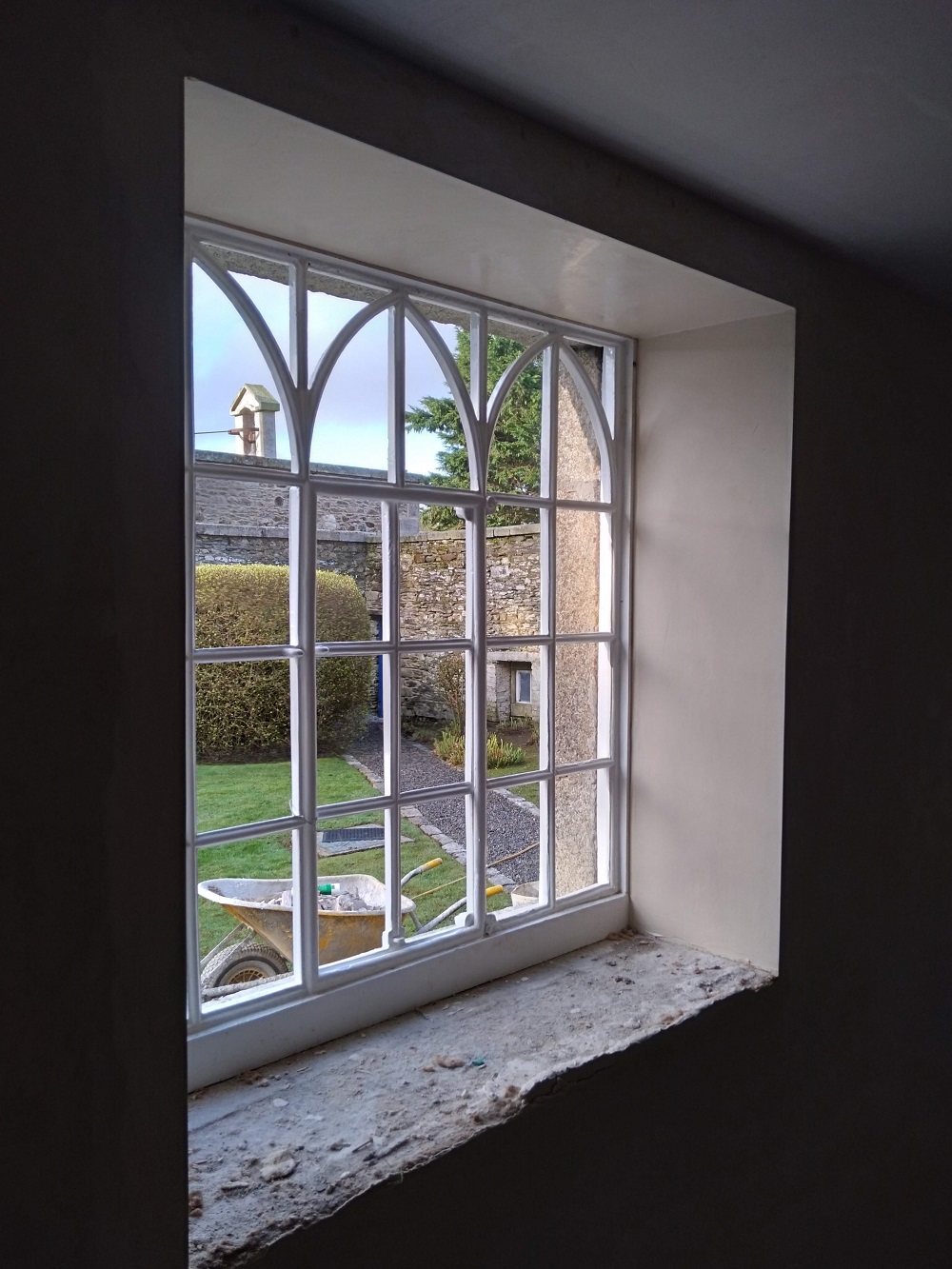 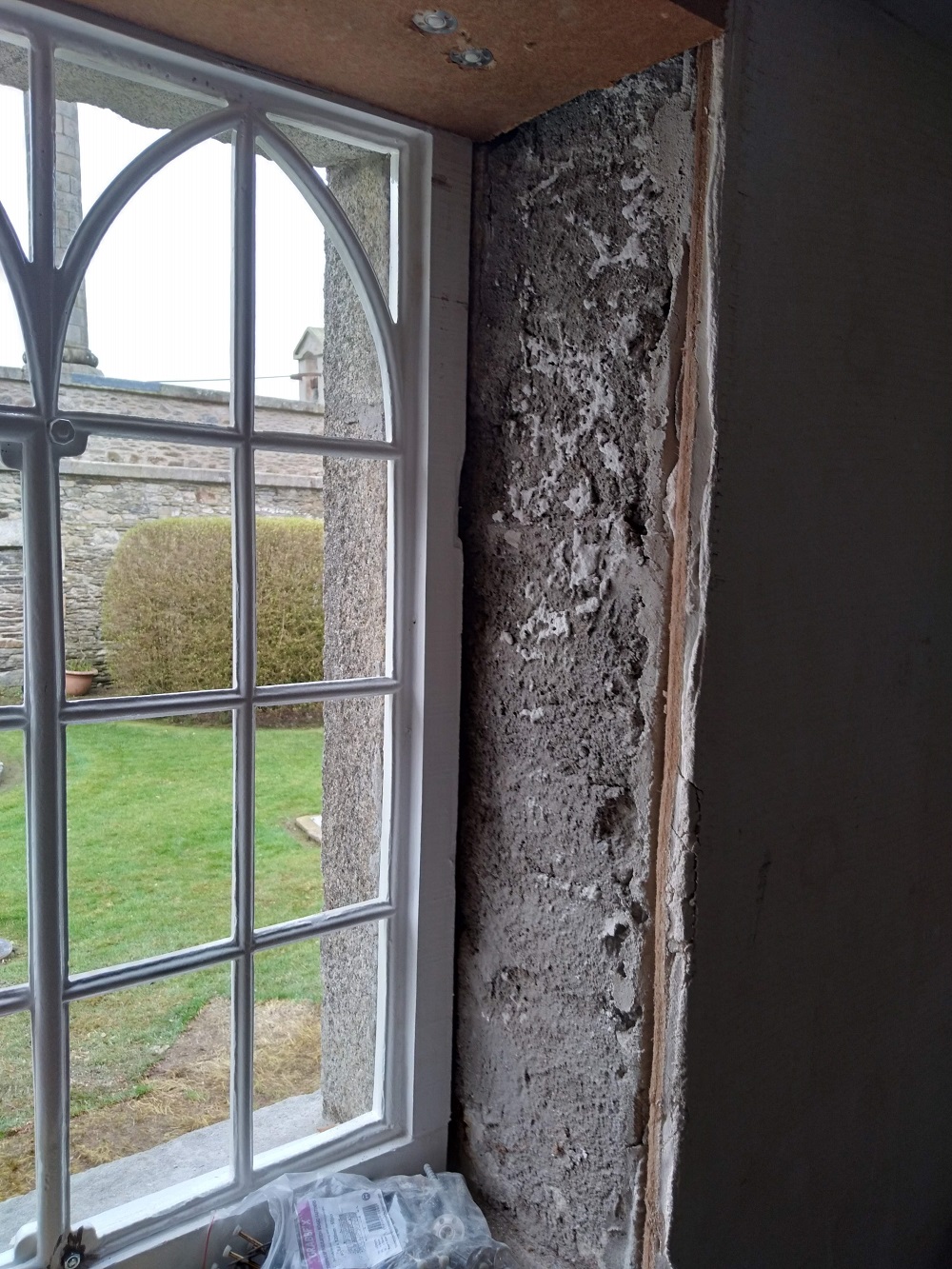 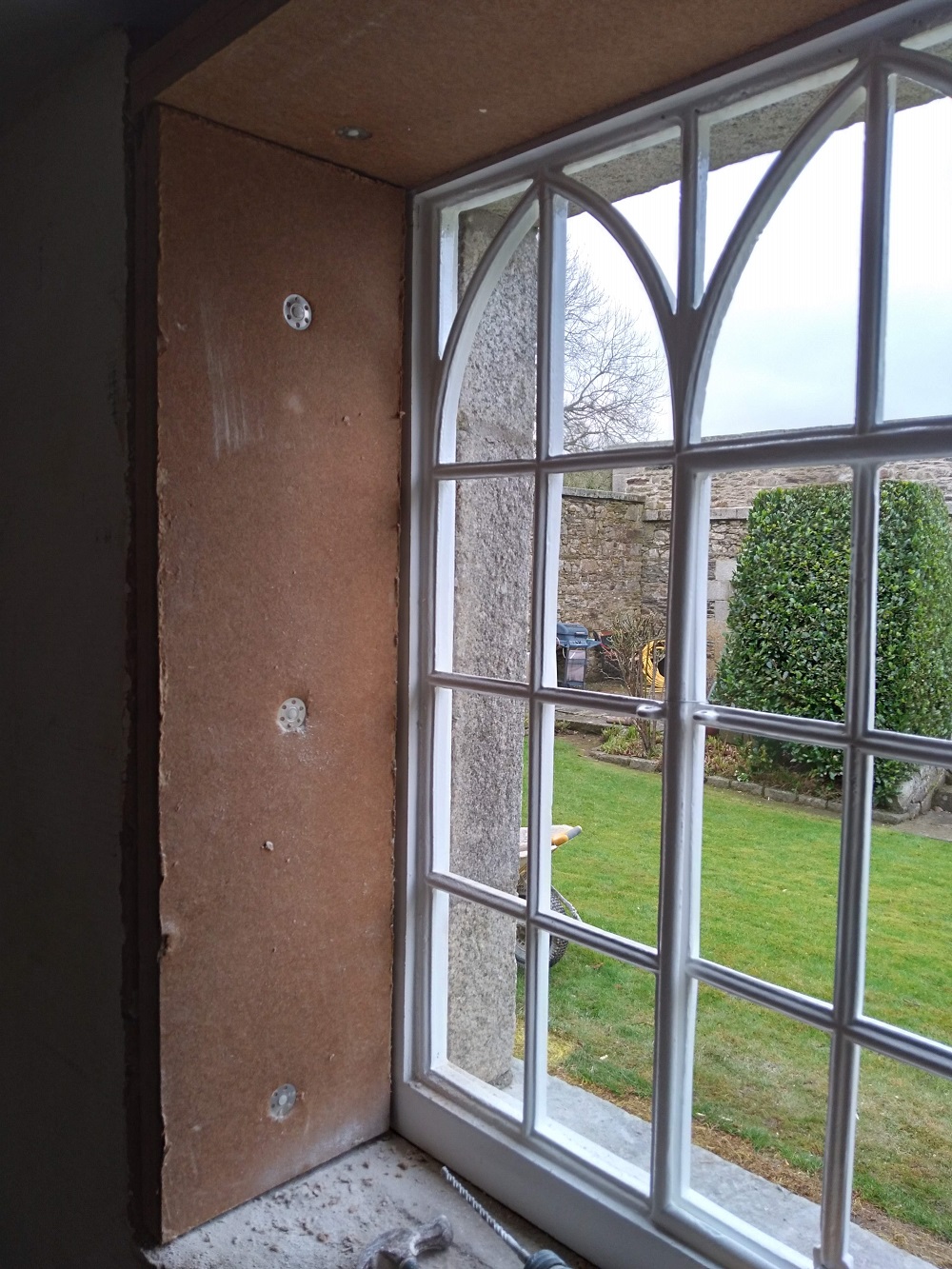 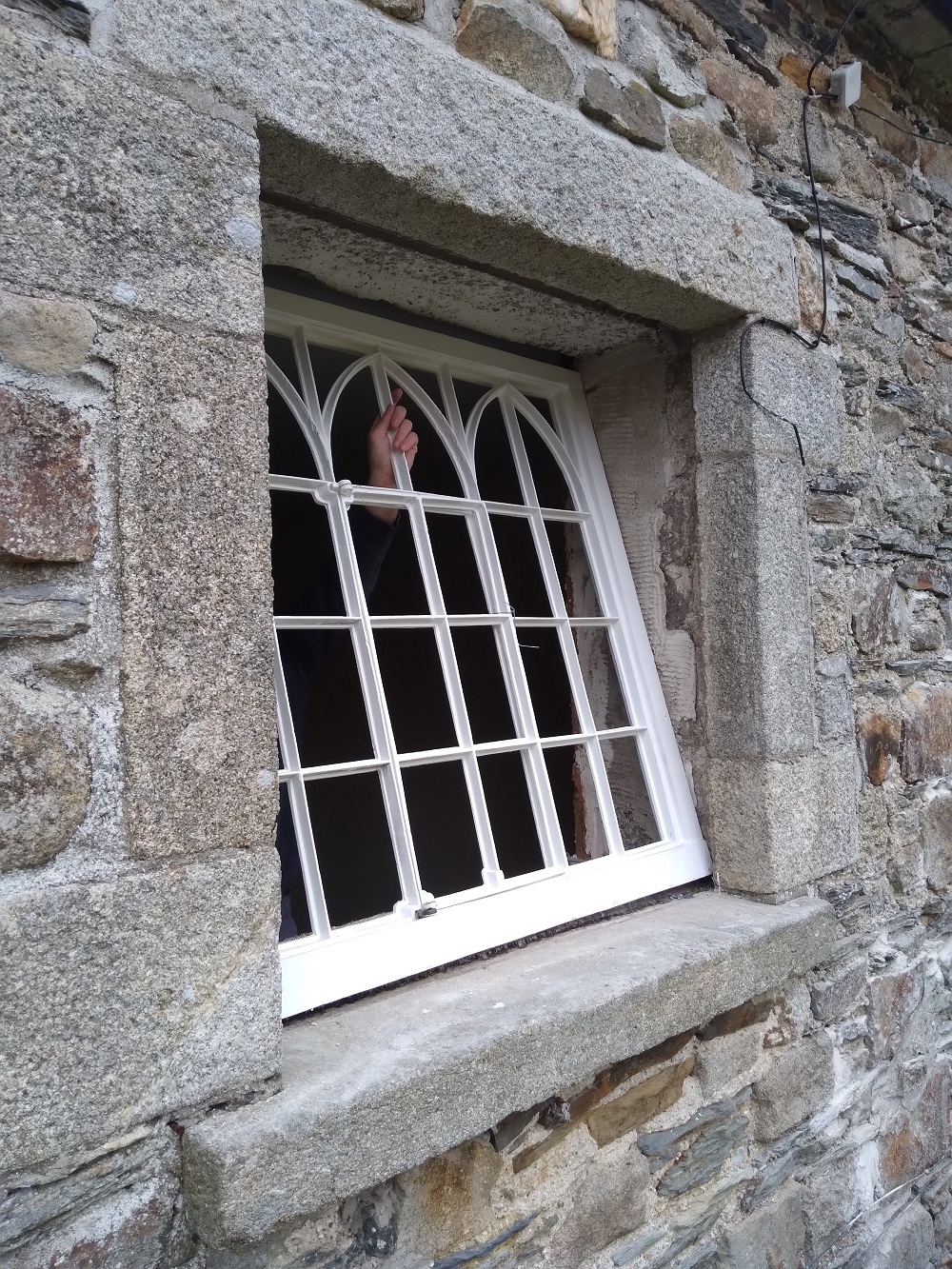 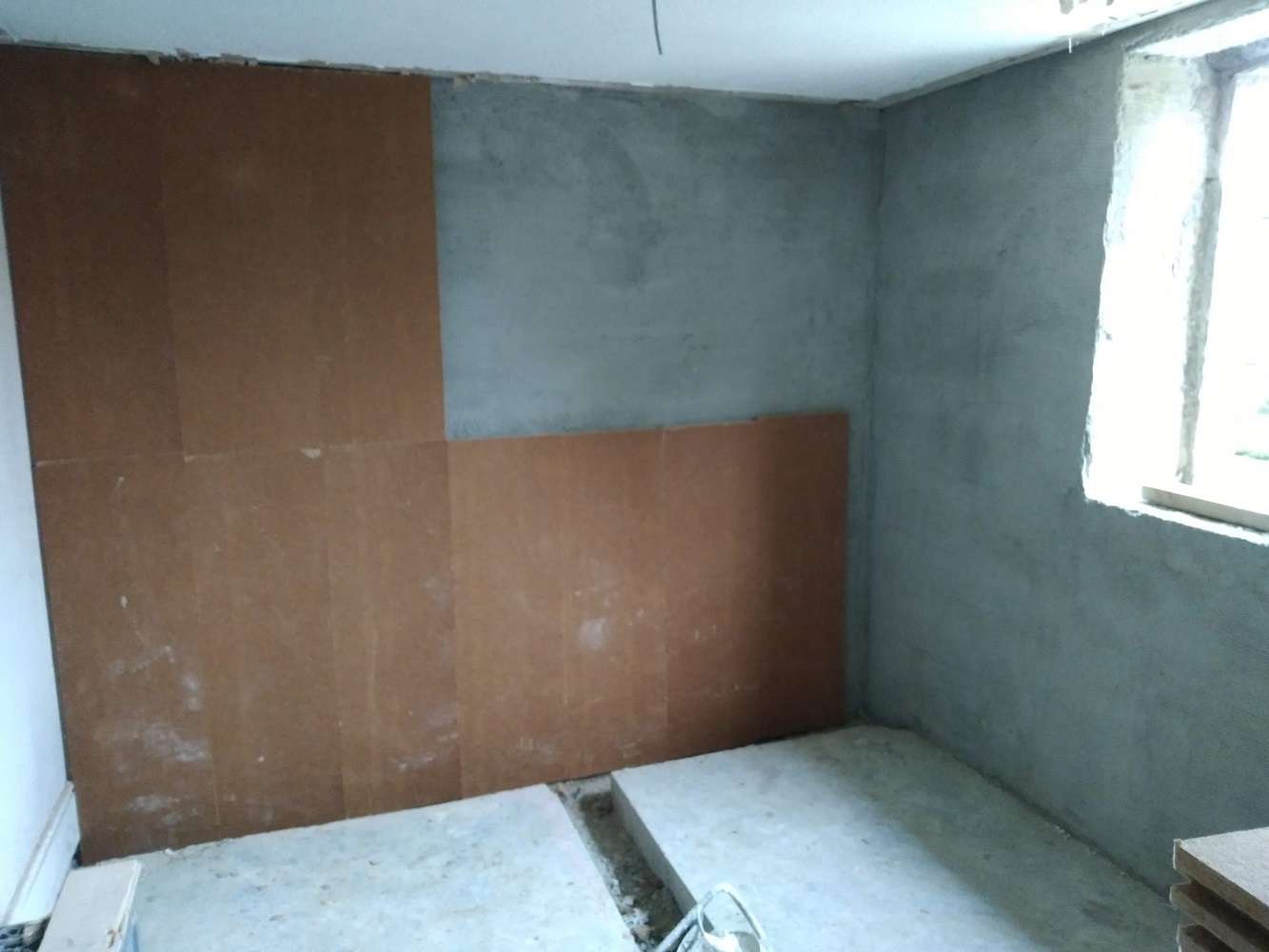 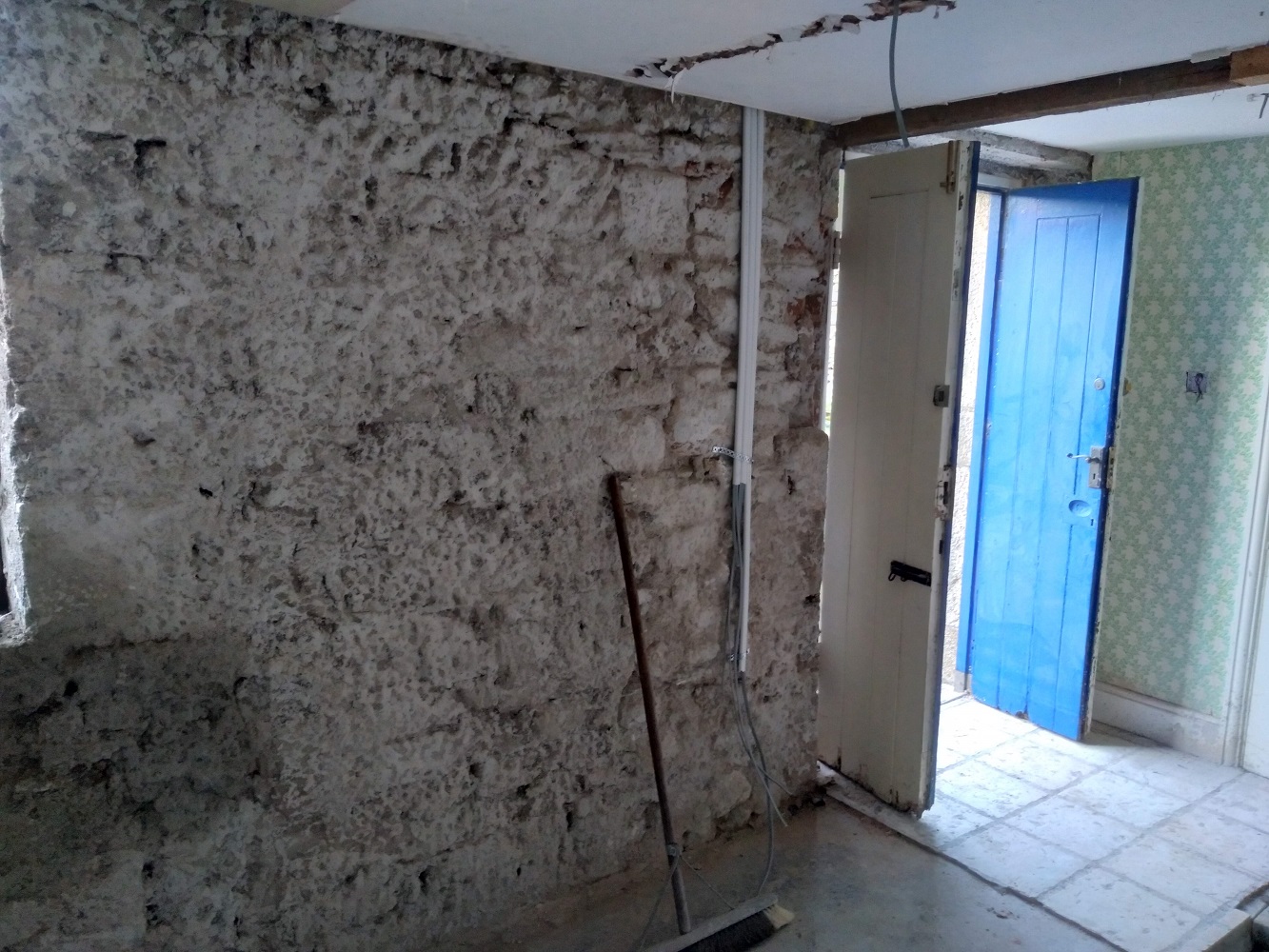 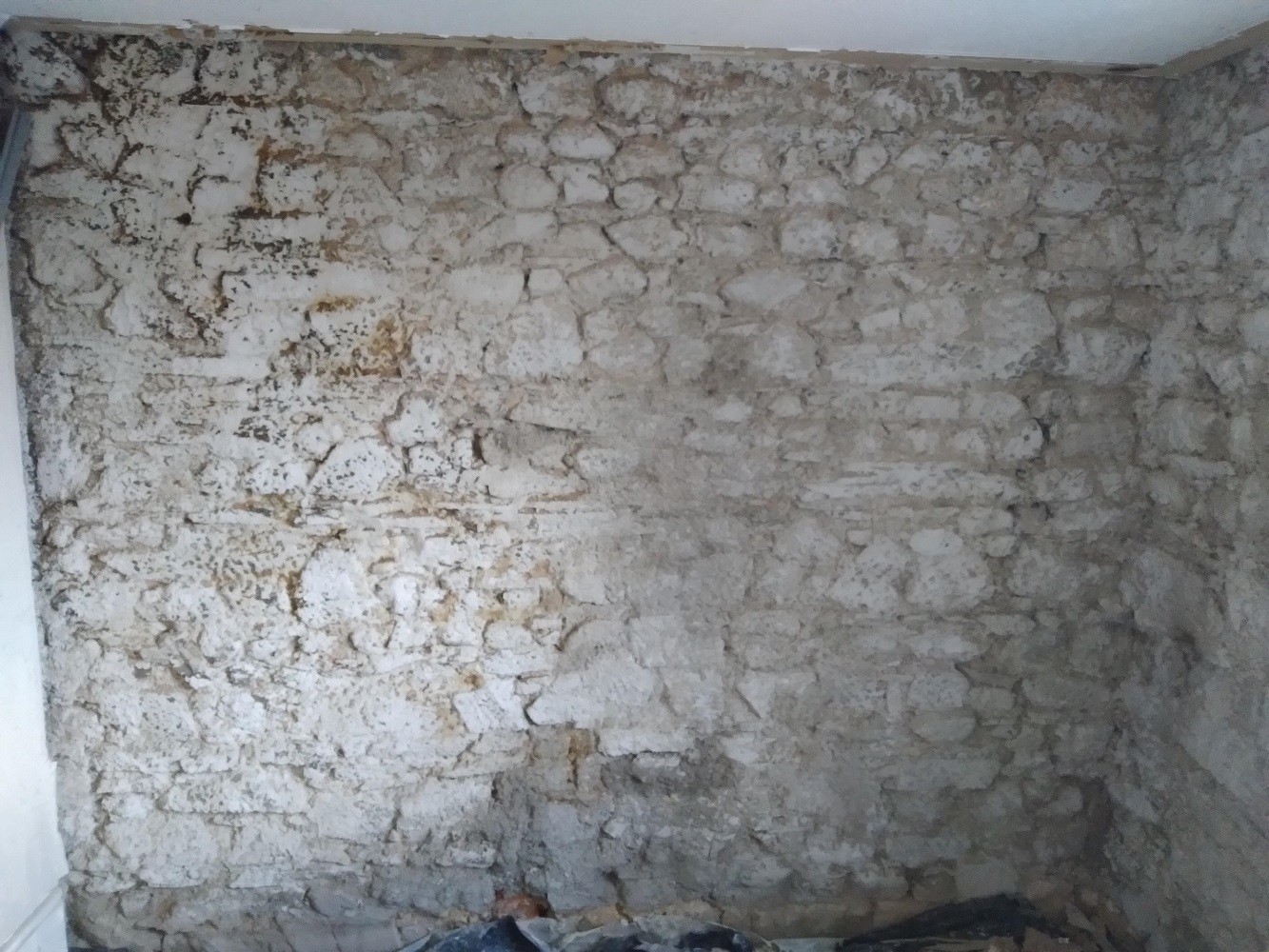 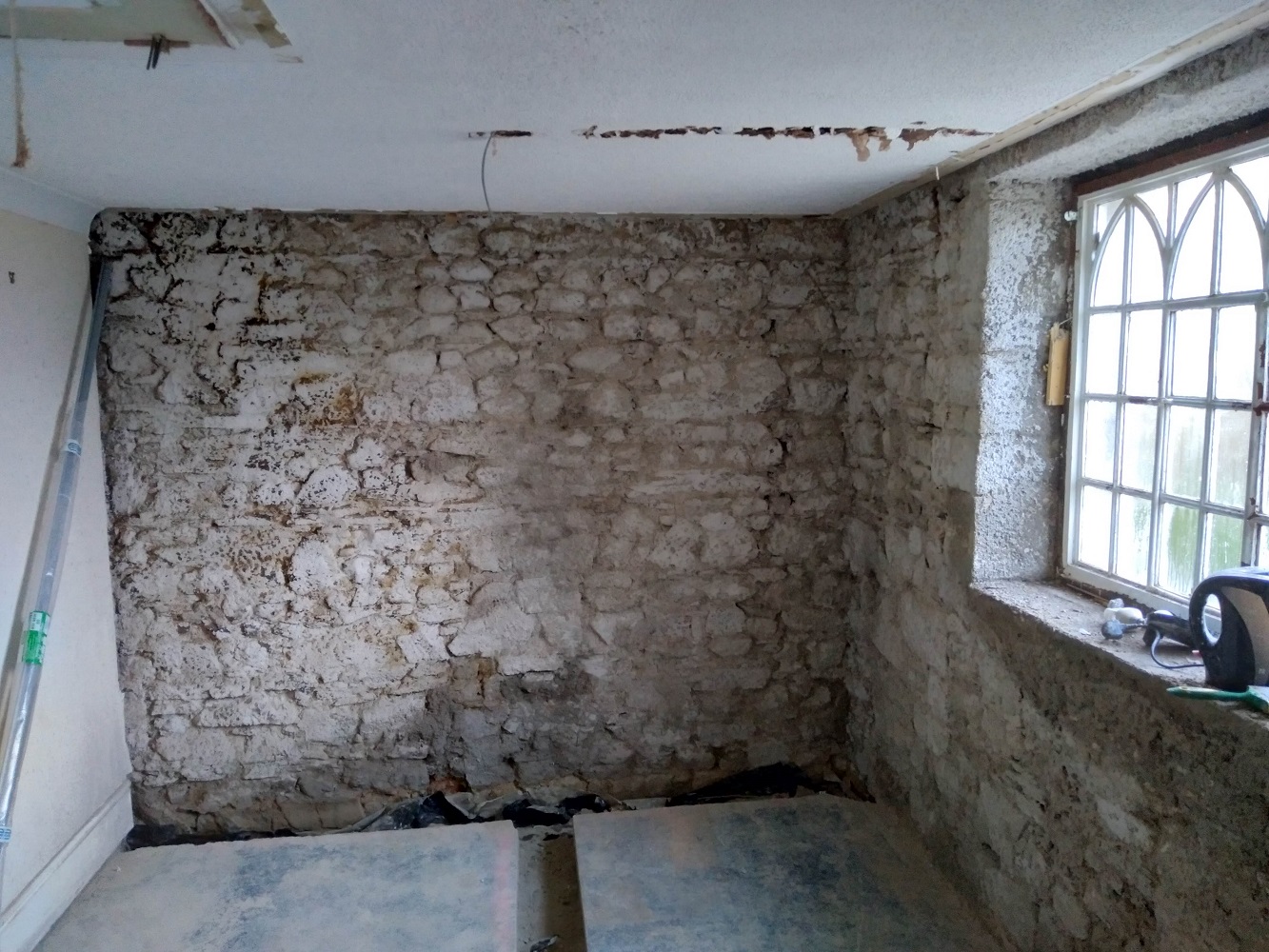 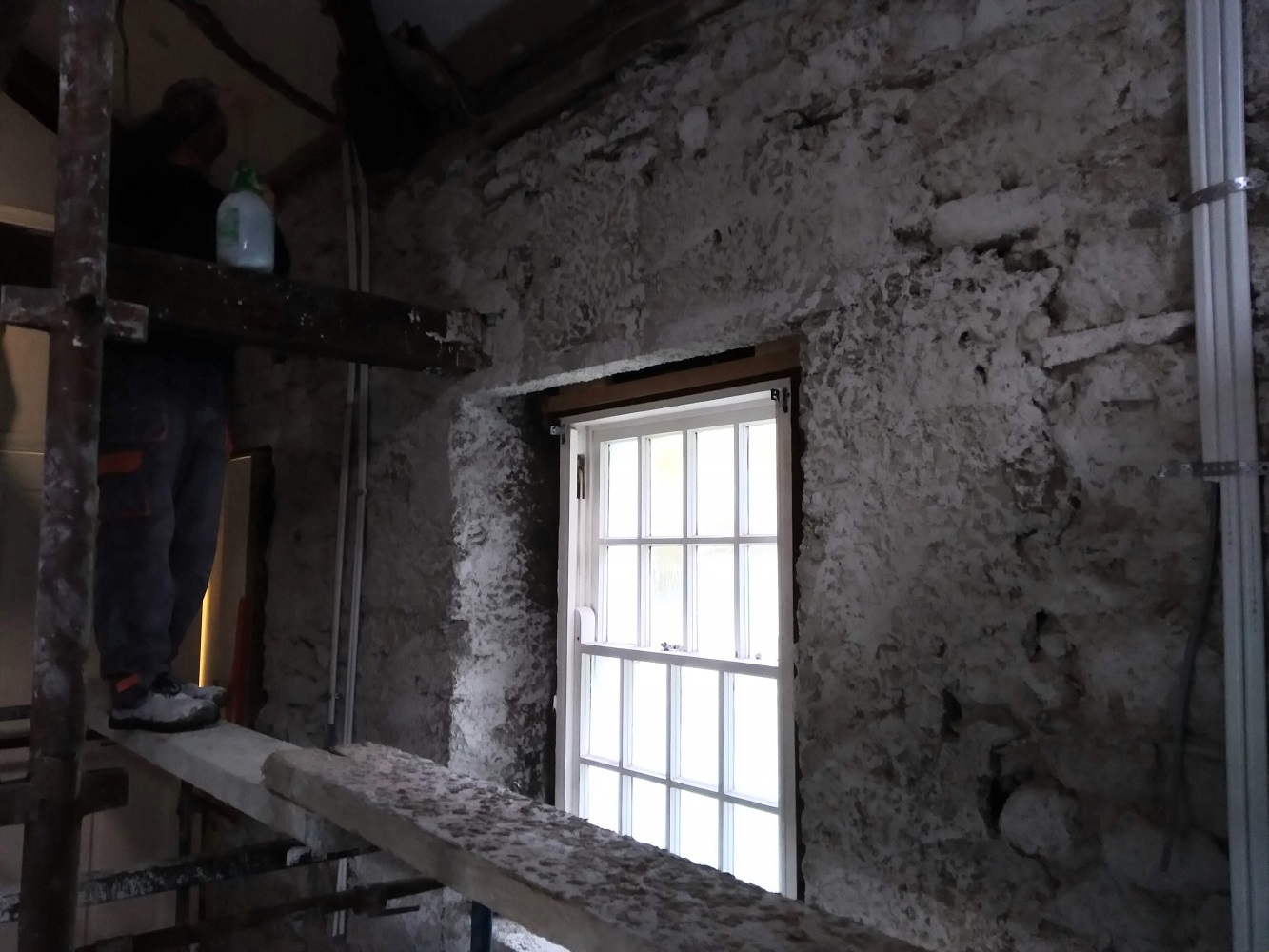 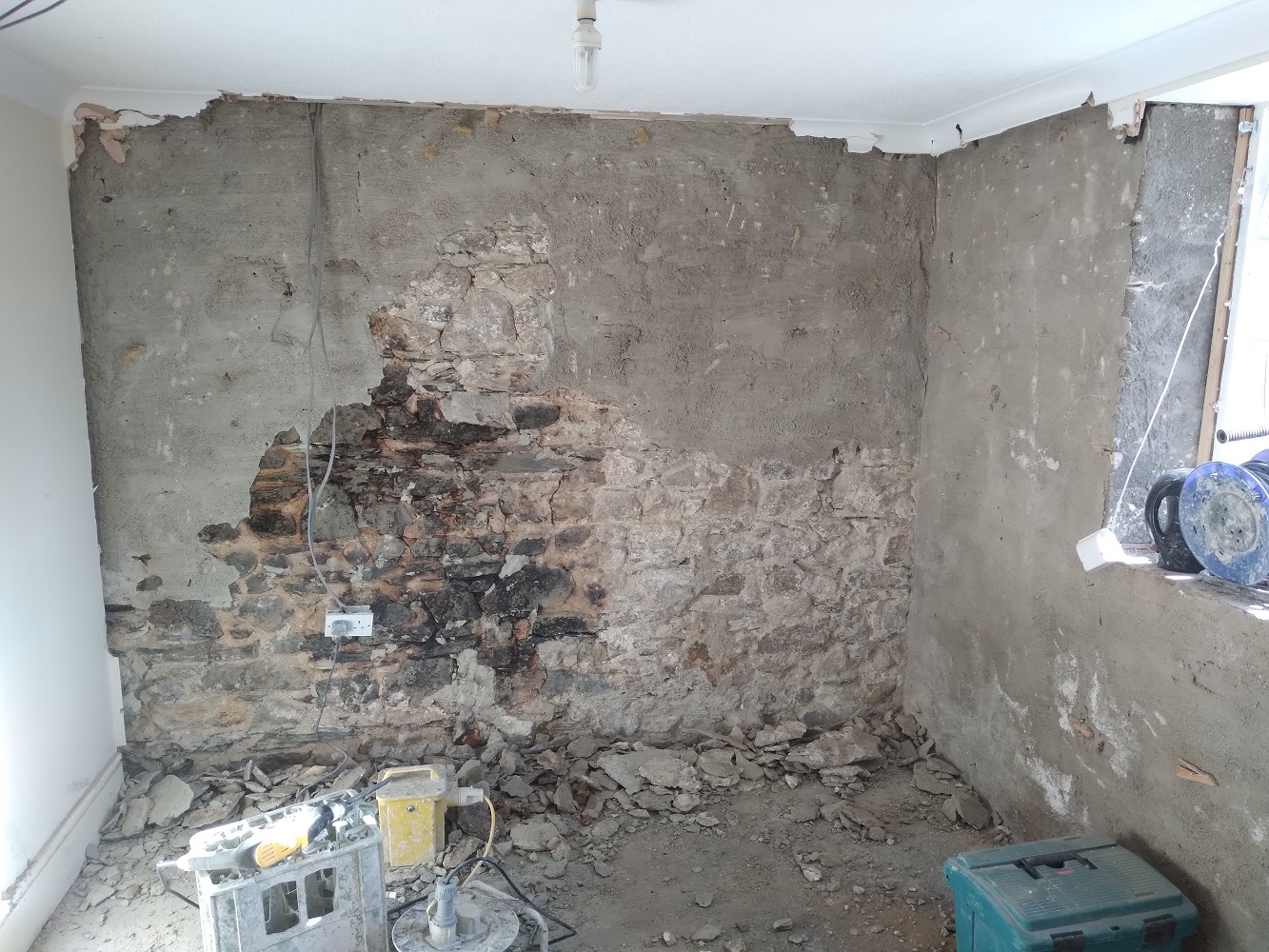 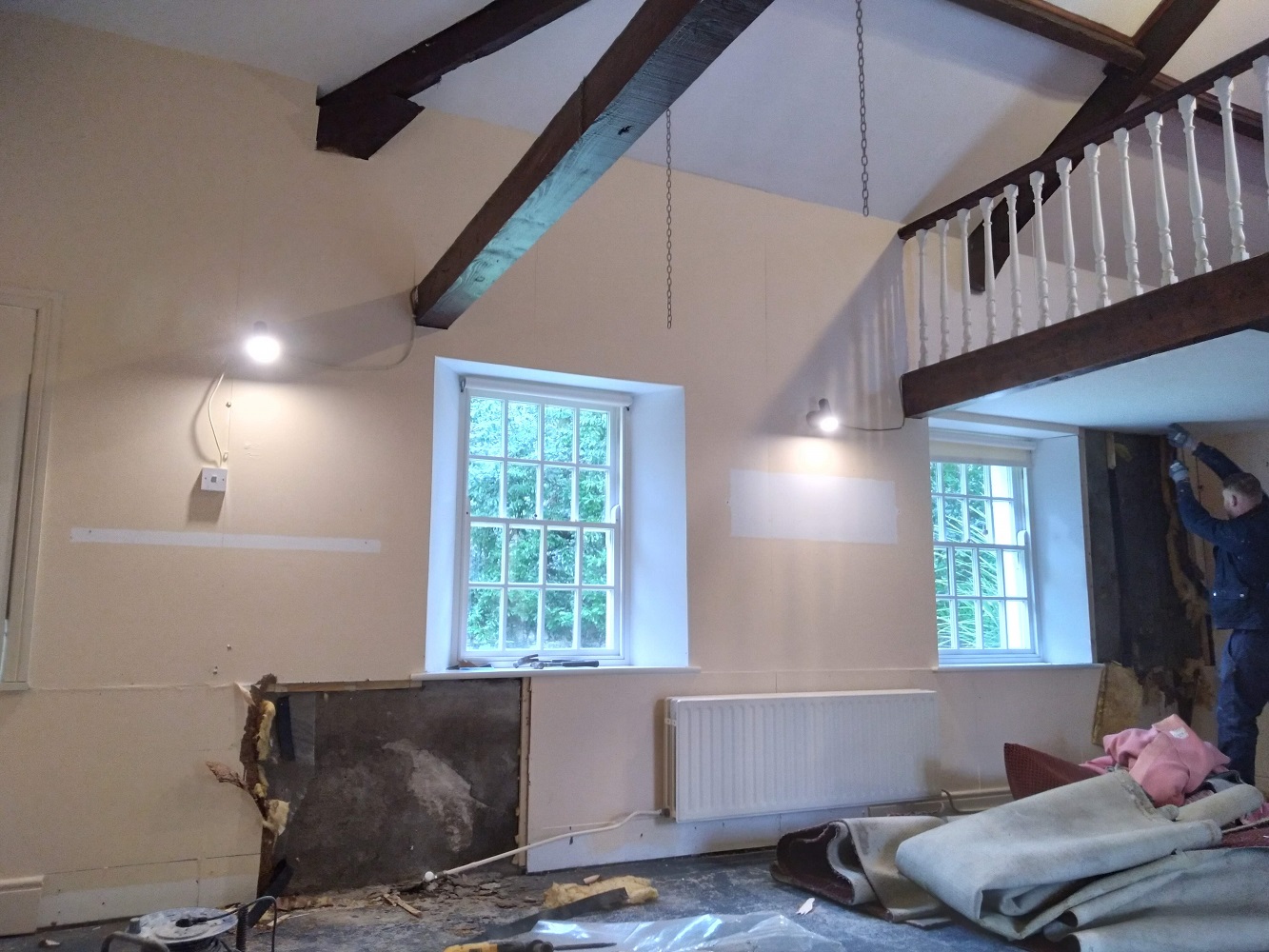 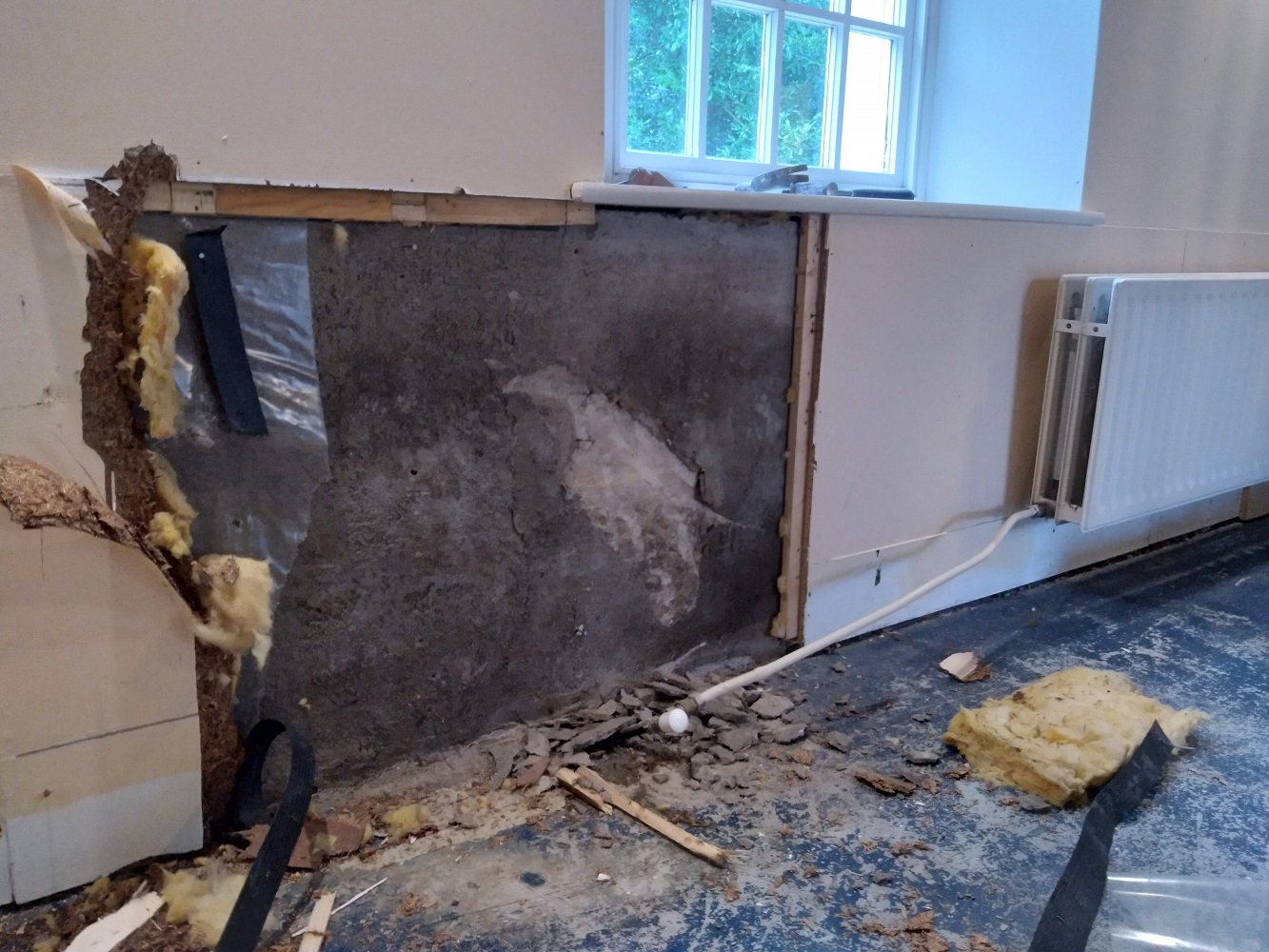 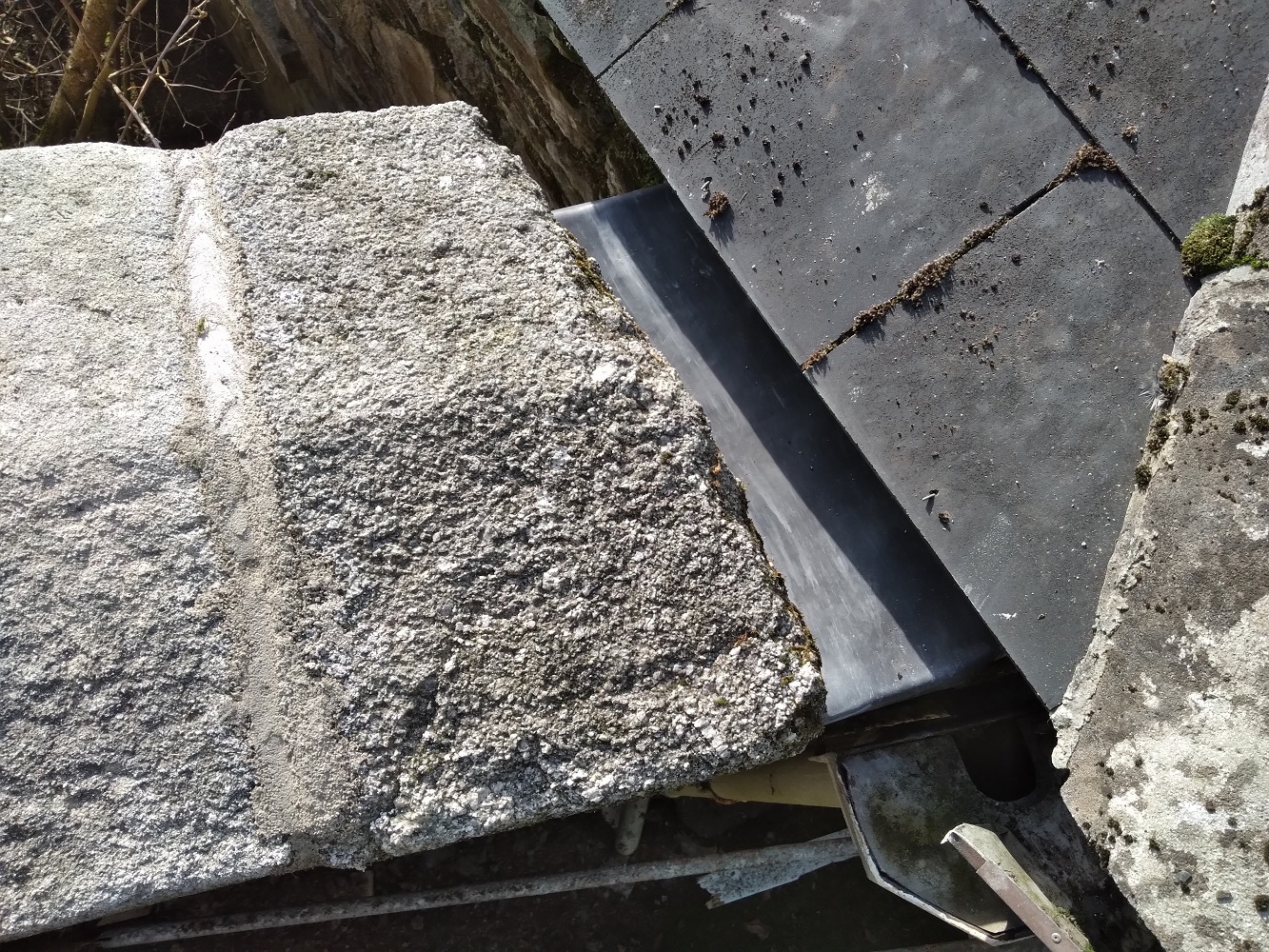 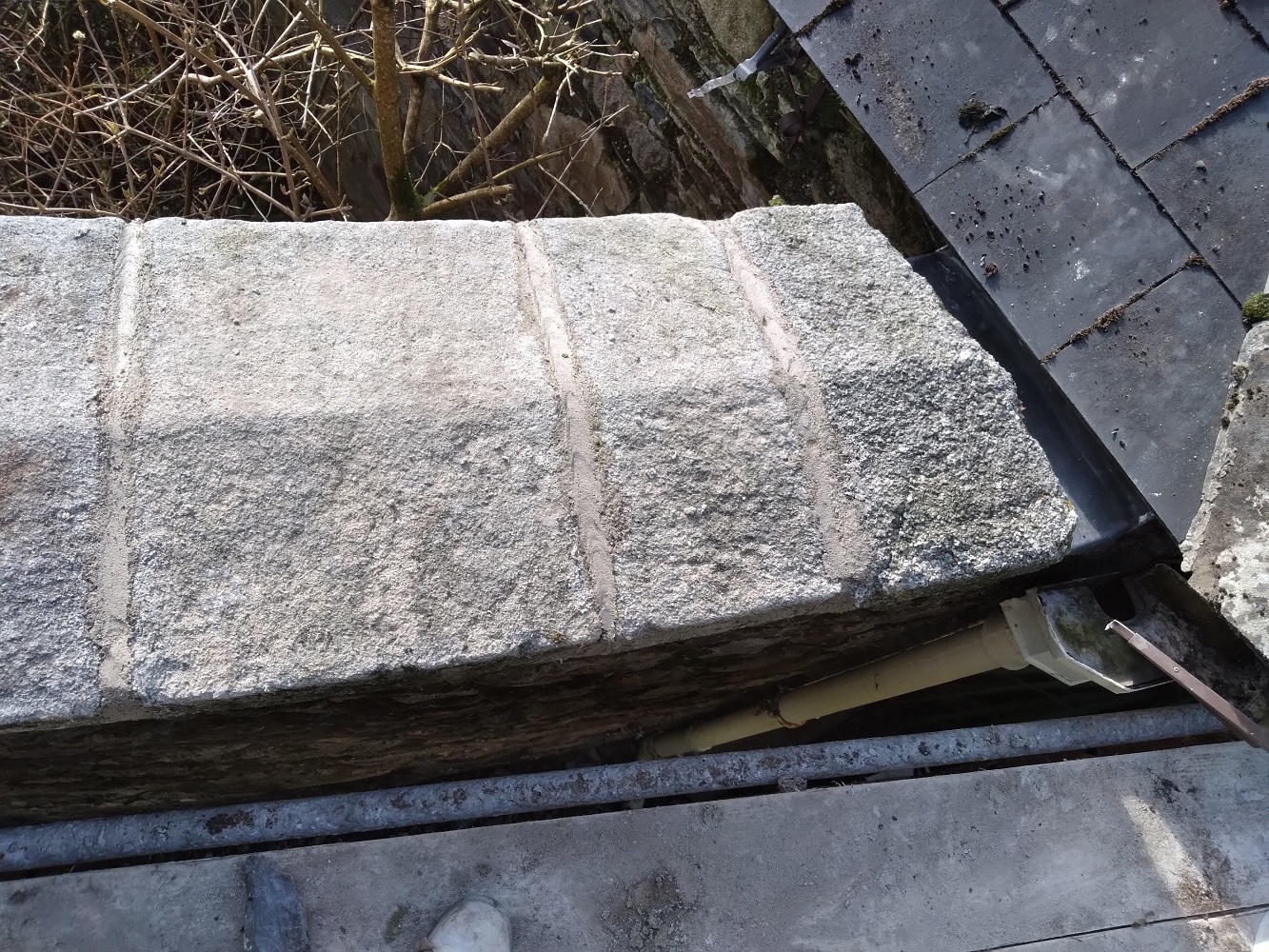 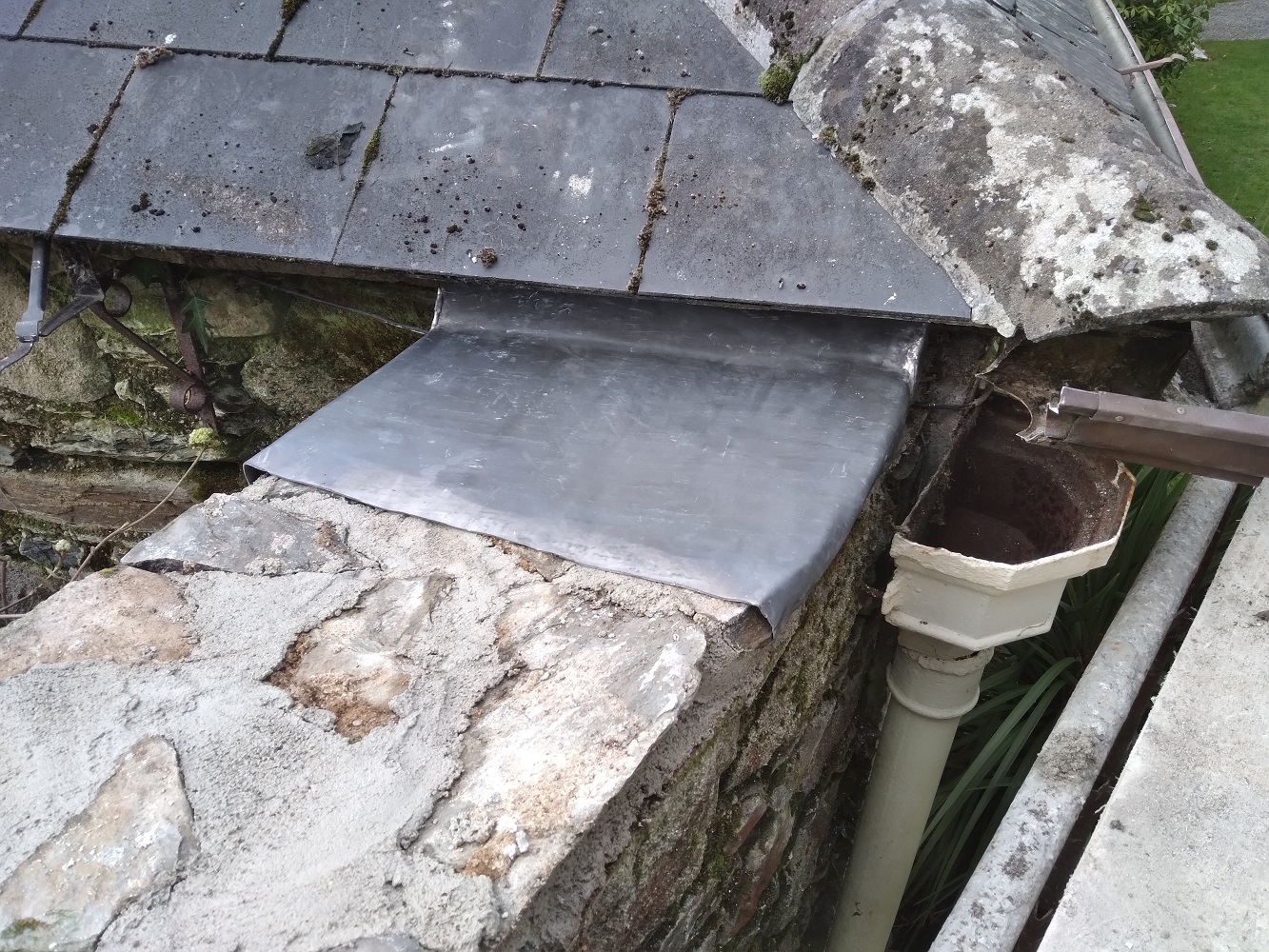 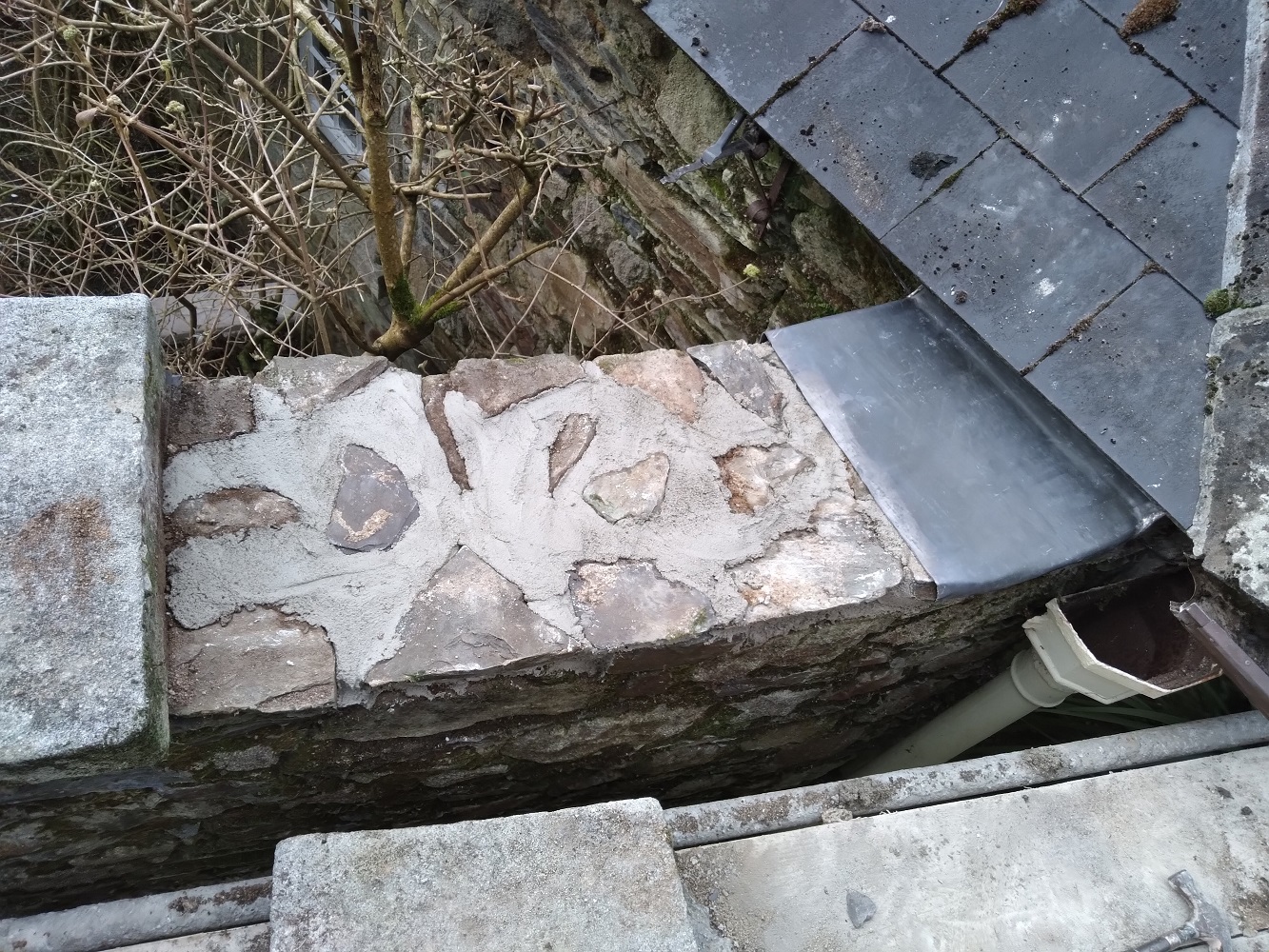 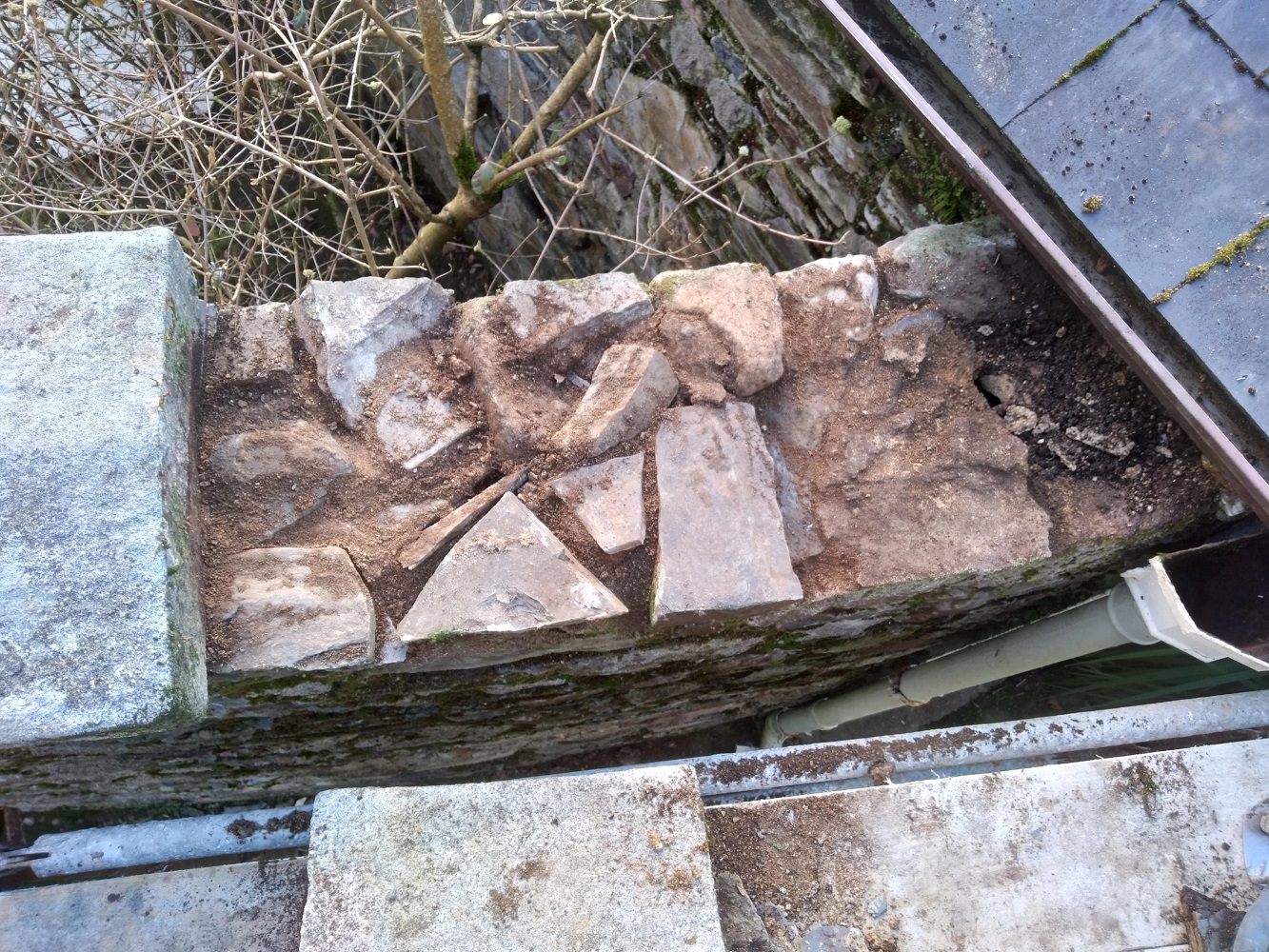 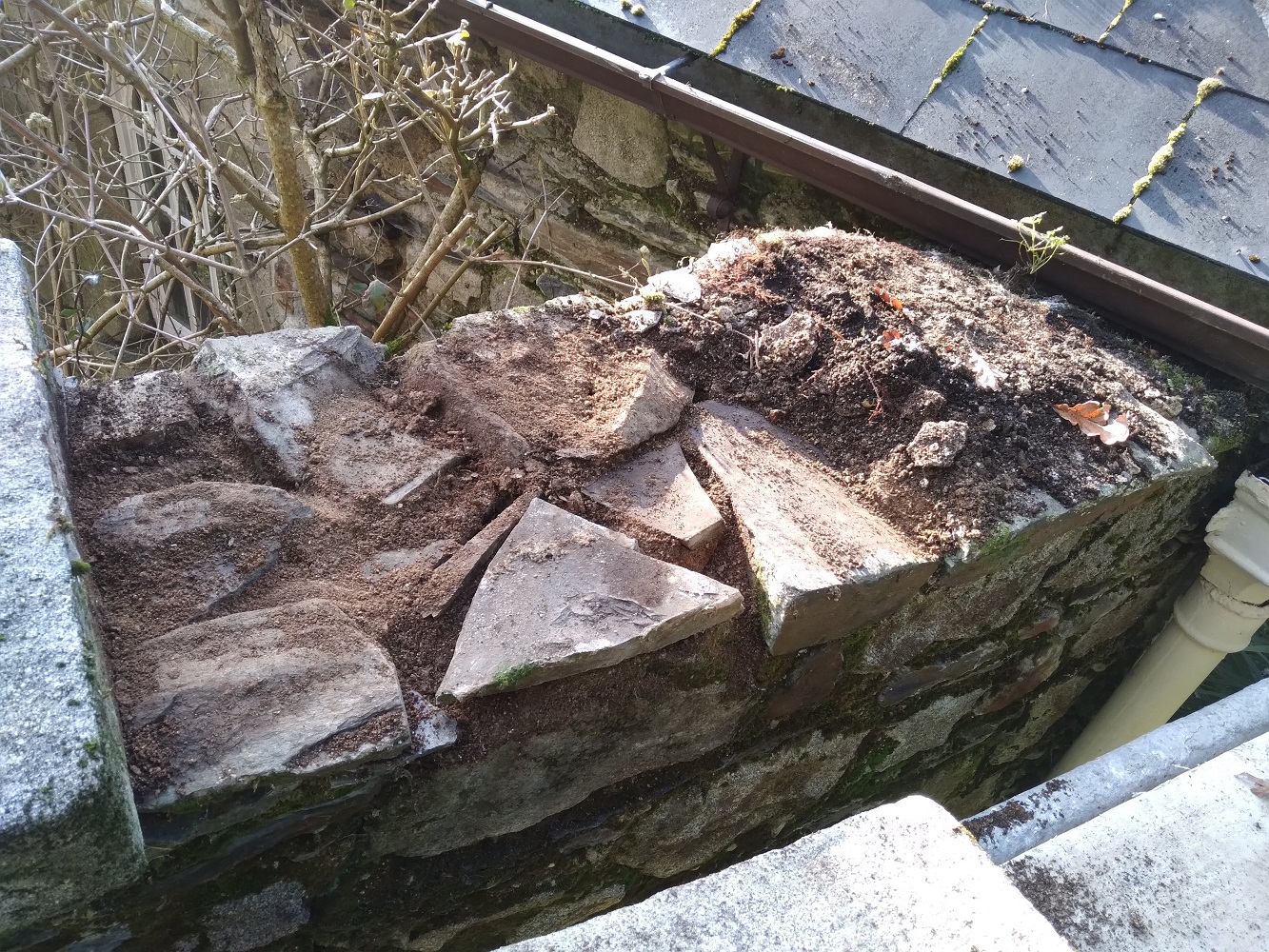 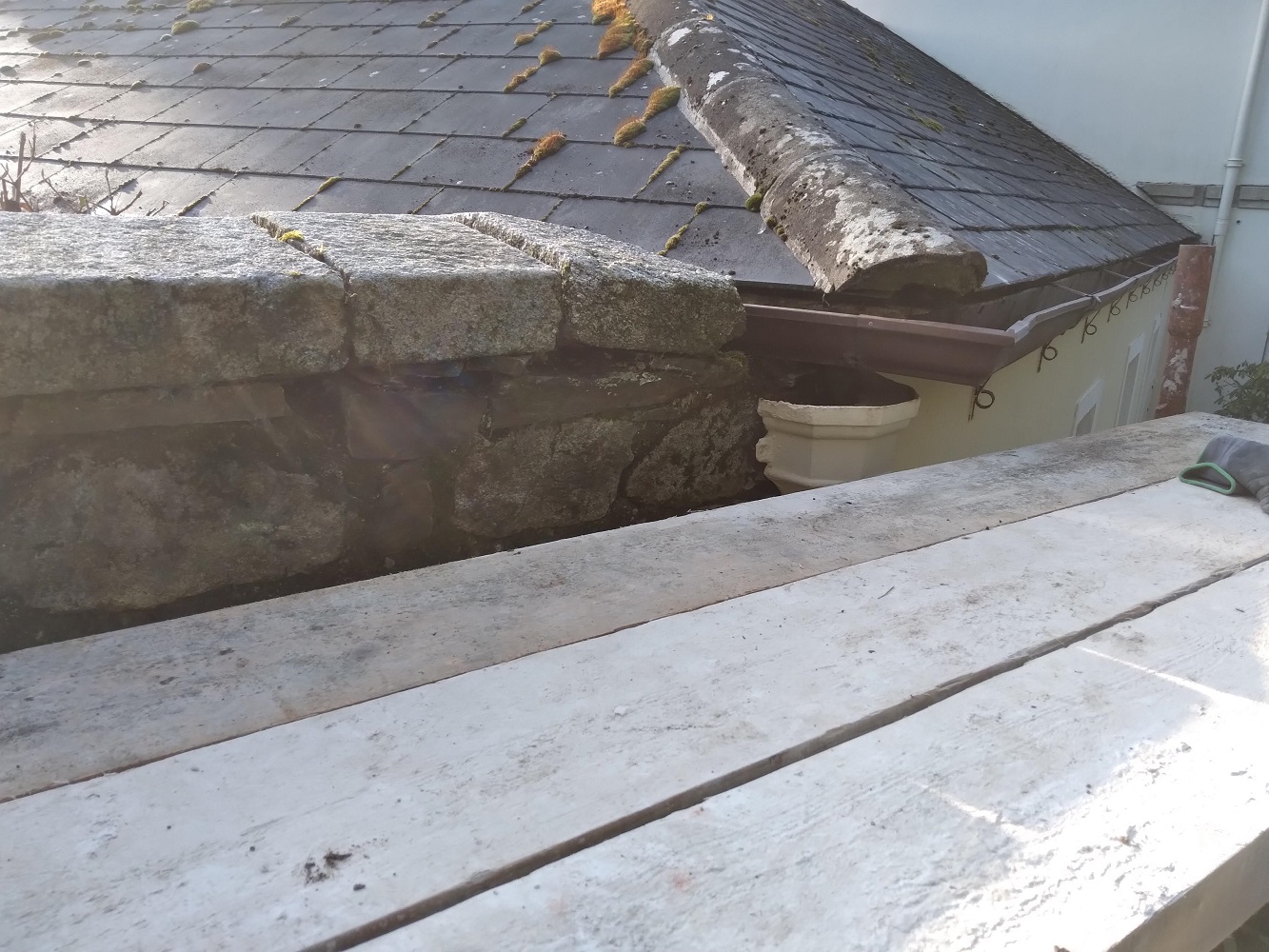